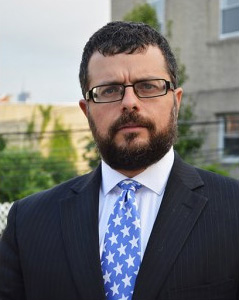 Prior to joining Shaffer & Gaier, Andrew worked at one of the leading plaintiff firms in the city of Philadelphia, focusing his practice on representing individuals in medical malpractice actions. He sued negligent doctors and hospitals on behalf of patients, their families or estates in matters ranging from careless laparoscopic cholecystectomy procedures, to misdiagnosing cancerous tumors, and off-label uses of medication leading to intracranial hemorrhaging. He has argued on behalf of his clients in numerous counties throughout Pennsylvania, New Jersey and in the Eastern District of Pennsylvania. He has deposed gastroenterologists, interventional radiologists, surgeons, and nurse practitioners, among other medical professionals, and he has effectively incorporated the use of medical expert witnesses to hold doctors and hospitals accountable for negligent actions.

Andrew also served as an Assistant District Attorney with the District Attorney’s Office of Philadelphia. During this service to the public, he prosecuted over 500 adult and juvenile offenders on charges including attempted murder, robbery, burglary, sexual assault, violations of the Uniform Firearms Act, possession of controlled substances with the intent to distribute, DUI and numerous other offenses. He served as the lead prosecutor in over 250 jury and bench trials before judges in both the municipal court and the Philadelphia Court of Common Pleas. He argued motions to suppress evidence, motions to suppress statements made by defendants, motions to quash the charges filed against the defendant, motions to revoke the bail of the defendant, summary judgment motions, motions for judgment of acquittal and motions for post-judgment relief. He wrote briefs and memos based on case law to argue for the guilt of the defendant as well as enhanced penalties at sentencing. He prepped detectives, state troopers, police officers and civilians as young as ten-years-old to testify in court.

During his tenure with the District Attorney’s office, Andrew attended numerous local meetings of civic organizations and advisory committees. He provided reports on the actions of the office and kept residents alert to changes in criminal activity and patterns. He spoke with local citizens about the plights of their neighborhoods and worked with police officers, business owners, state legislators, community leaders and residents to rid the area of drug-infested properties and target criminal activity. Andrew still continues to attend such meetings, this time as a concerned citizen, as a member on his local police district advisory council.

Andrew also participates in the Temple Inns of Court, an organization in which judges, attorneys, and law students gather to discuss and debate the most controversial issues facing the legal community today. Andrew has also participated in numerous Wills for Heroes events in which he provided wills and other end-of-life documents to first-responders free of charge. Andrew also serves as an elected board member of the Lombard Swim Club and as a social member of the O’Malley’s New Year’s Association.

While earning his law degree, he served in the student bar association for each of his three years at the school, including his third year in which the students elected him as Vice-President of the association. Upon graduation, he was awarded the Captain Robert Miller Knox Award, which the school gives to a student for the most outstanding contribution to the law school community as chosen by the faculty.

We are ready to help